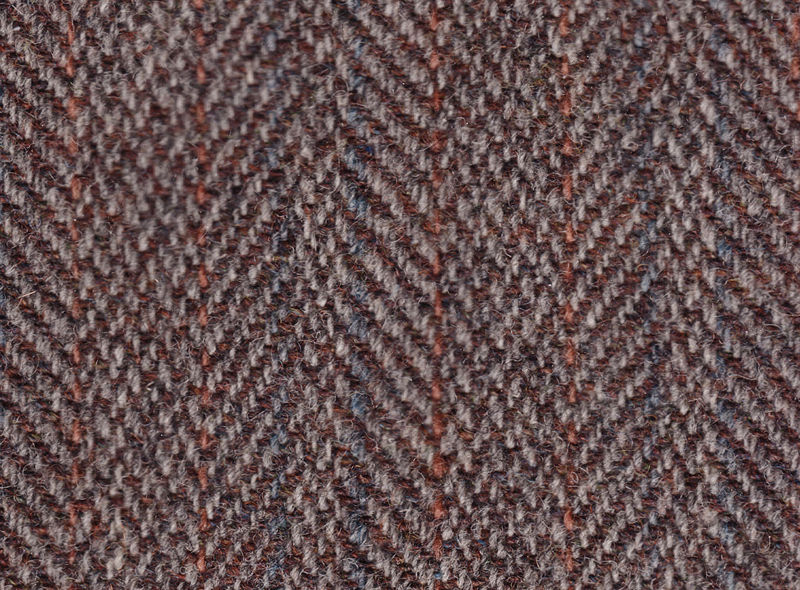 A very traditional style of fabric in several countries, tweed and the various patterns that it can comprise of, have been an essential part of local culture for centuries. Tweed itself is a woollen fabric which typically feels rough to the touch and is woven into specific patterns. Tweeds are a traditional icon of clothing for Ireland, Scotland, as well as some of the more northern parts of England. This is both for fashion and practical reasons, as the material is both moisture-resistant and durable. This can be further increased during manufacturing with the inclusion of various oils, although this is not as common today.

In Scotland, tweed was originally named tweel, as the material was woven in a twilled pattern rather than a plain pattern. The name tweed came around because of a mistake, when a textile merchant misinterpreted handwriting, thinking that the request for tweel actually read ‘tweed’, assuming it to be the name of a company based near the river Tweed in Scotland. The goods were advertised as tweed, and the name has stuck since then.

Traditionally, tweed has been the symbol of the upper-class,

with the fabric being expensive to manufacture limiting its audience. Tweed was often worn for outdoor activities, thanks to its useful weather-resistant properties, particularly when hunting. Tweed later went on to become highly fashionable in any leisure activity outdoors, eventually leading to manufacturers producing lower-priced tweed to meet the demand for products at a lower price. Although lower priced tweed is still considered to be a high-quality product, it is often claimed that cheaper tweeds do not have the longevity which the more expensive and traditionally made tweed clothes do.

Tweed has also been part of popular culture, particularly with any character who is created to be a part of the upper-class. One of the most important figures who was well known for his wearing of tweed, was Sherlock Holmes, often paired with a deerstalker hat, although the hat has been lost from more modern interpretations of Sherlock Holmes adaptations, particularly American versions.

Harris Tweed is one of the most well-known of all types of tweed; the cloth is specifically made by the islanders of the Outer Hebrides, where it has been established for over a century.