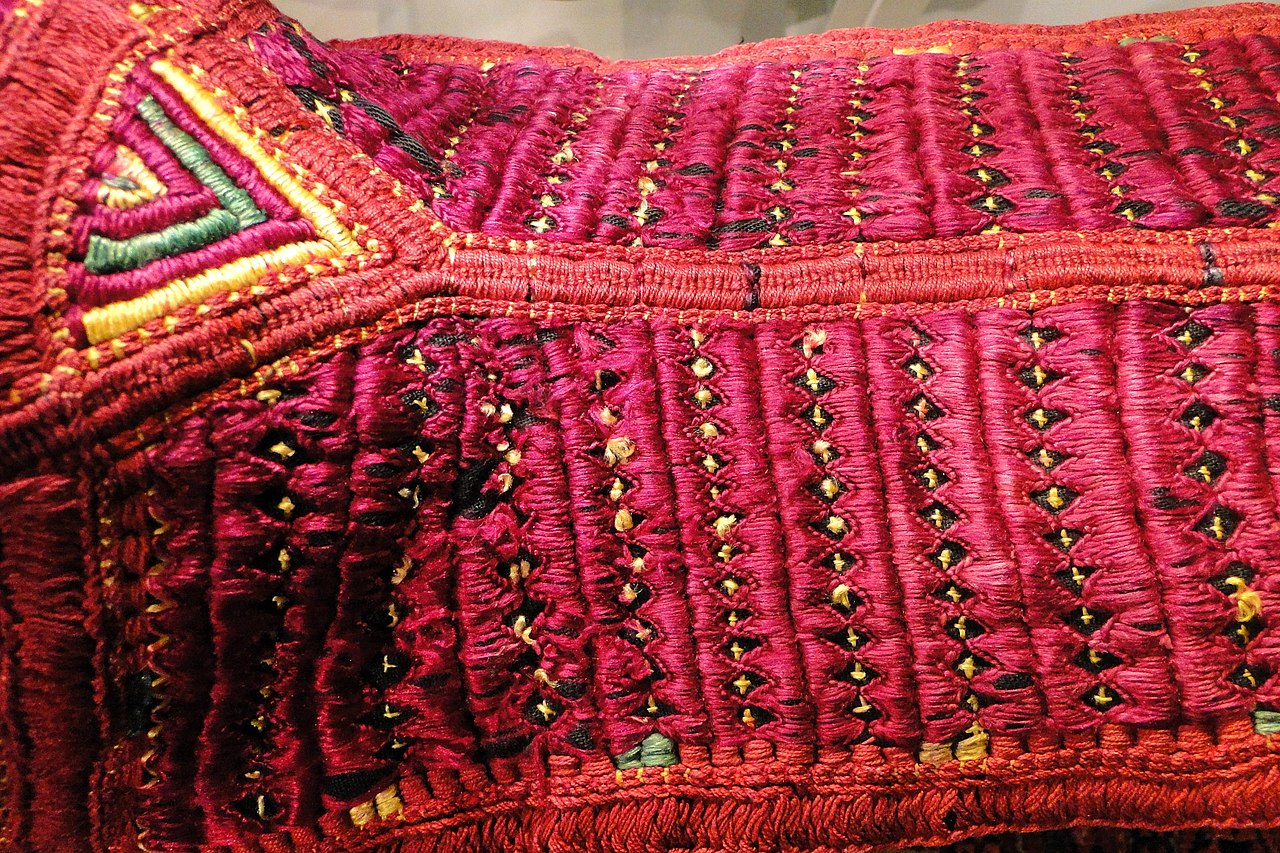 The history of weaving has been dated back to the Paleolithic era, with archaeologists tracing the practice back to at least 27000 years ago. Weaving is a method of producing textiles, in which two distinct sets of either yarns or threads are laced together at right angles, which form either a piece of fabric or cloth when complete. The result is similar to the effects of knitting, crocheting, or felting. The longitudinal threads are referred to as the warp, with the lateral strands being referred to as either the filling or weft. The method used to interweave the fabrics will affect the character of the cloth. The cloth is typically woven on a loom, which is a device that holds the warp threads firmly in place, while the filling threads are woven through them.< 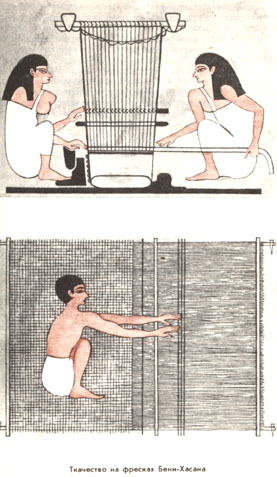 The oldest known textiles that have been found in the Americas are remnants of finely woven textiles and cordage, which were found in Peru in Guitarerro Cave. The weavings were created out of plant fibres and have been dated between 10100 and 9080 BC.

Some of the oldest textile production in the Old World is a piece of woven hemp, which was found at the Catalhoyuk site, estimated to be from around 7000 BC. Further discoveries were made in the pile dwellings in Switzerland, although the date is less clear for this find.

Unlike sewing and knitting, weaving was traditionally done by men, because of the physical strength required to batten. Many worked from home, commonly in well-lit attics, necessary to ensure that the materials stayed dry. Weaving was often a family business, with the women in the family producing the raw material and finishing the weave.