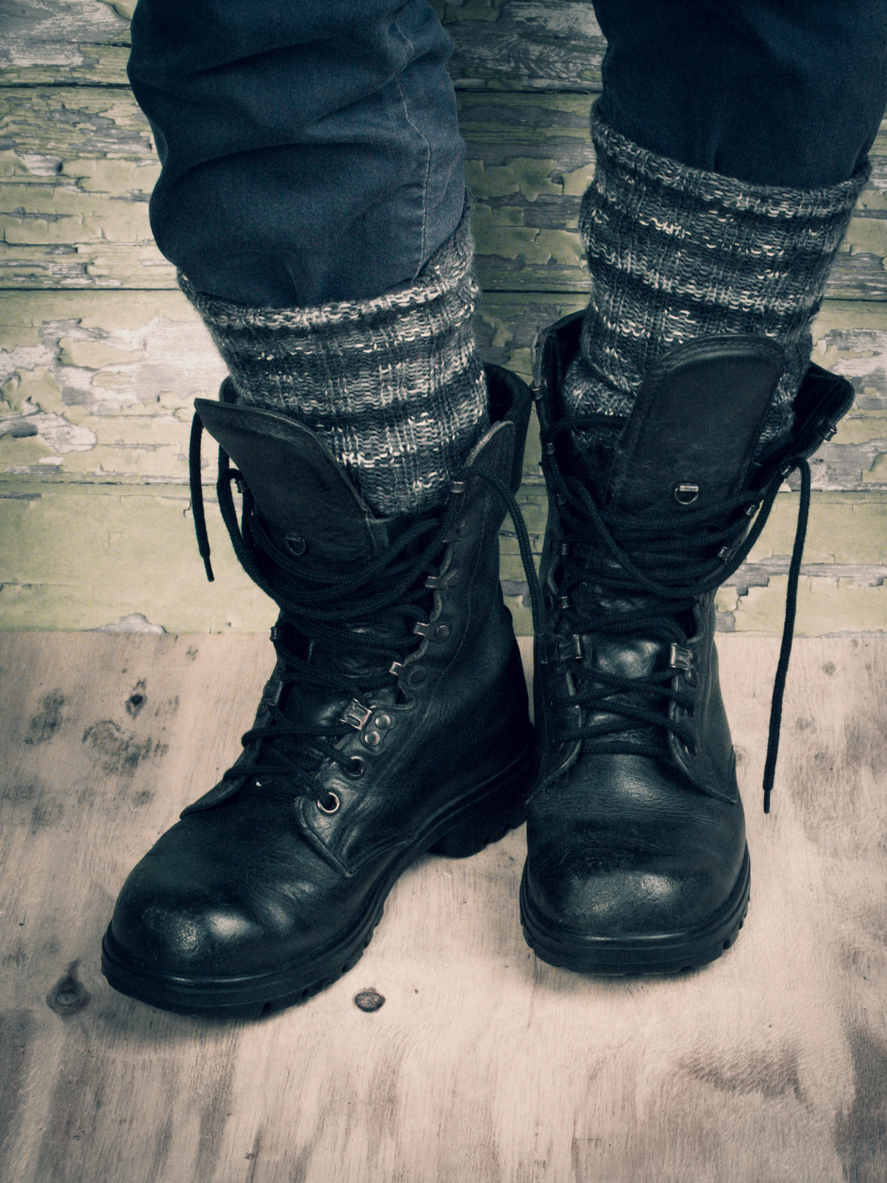 A sock is a clothing garment which is worn on the feet. Today, socks come in varying shapes and sizes and are available in a wide range of materials depending on the needs of the consumer. It is very common for socks to be designed with specific shoe usage in mind, with longer socks tending towards pairing with boots and shorter socks for trainers. One of the primary purposes for socks is to absorb sweat away from the feet, as they are one of the heaviest sweat producing parts of the human body. When socks absorb the sweat, it is easier for the moisture to evaporate. In colder climates, socks help to insulate the foot, keeping it warm and lowering the risk of frostbite.

The modern word sock comes from the Old English for slipper, ‘socc’, which itself is derived from the Latin word which described a low-heeled shoe. Socks during the Ancient Greek period we 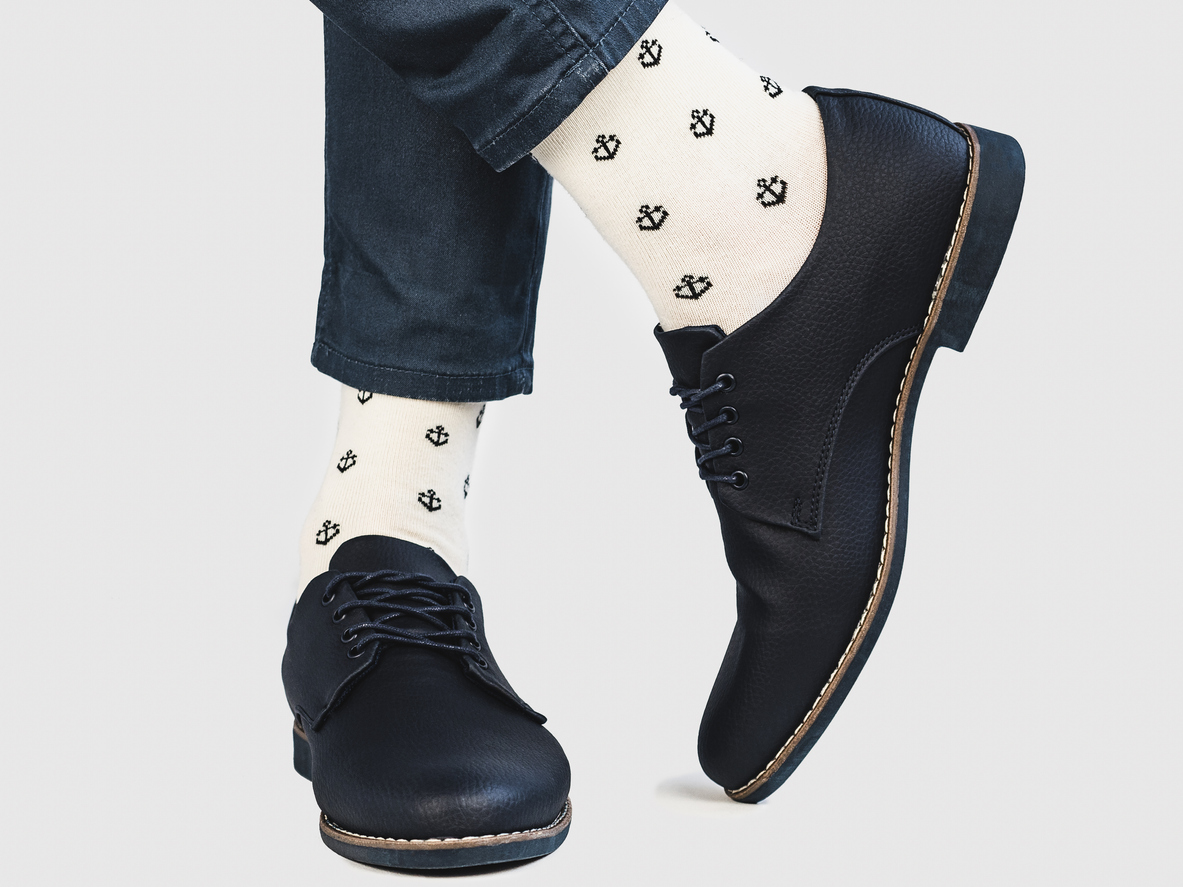 re made from animal skins which were bundled and tied around the ankle. The Romans advanced sock technology and began to use fabrics for socks, eventually sewing the material into a specific foot shape, given that almost every foot falls within similar dimensions. Socks evolved once more in Europe during the Middle Ages, when the length of the sock was extended and designed with a tight fit around the lower leg. It was fashionable at the time, for those who could afford expensive coloured dyes, to have brightly coloured socks, a trend that has gone in and out of fashion ever since.

Creating socks has become cheaper over time with both advances in textile manufacturing, as well as the invention of the sewing machine. The early sewing machines allowed for socks to be created approximately six times faster than they could be created by hand. Advanced sewing machines can perform the same task even quicker.